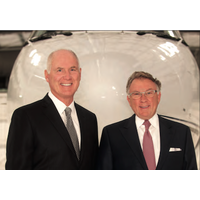 Welcome to another year of uncertainty fueled by declining Global GDP, trade wars and geo-political concerns in major trading markets around the world. The drop in trading activity in the last month of Q4-18 certainly dribbled into early Q1-19. By late-January however activity clearly increased to Oct/Nov levels raising hopes that 2019 would actually show positive growth across new and used aircraft. By the end of Q1 market signals are mixed at best. Charter activity is showing signs of decline as we start the year. This is something to pay close attention to as charter activity is often a “canary in the coal mine” signal.

New aircraft deliveries are down quarter over quarter which is consistent with the seasonality effect as OEMs pull as many aircraft into the fourth quarter as possible. The major OEMs all have new models starting with deliveries beginning from mid-2018 through mid-2020. With low starting production rates, the industry will not see the full effect for another year and a half to two years. On the positive side the OEMs crystal balls all indicate there is a solid market for new high tech models with more range, speed, cabin space and efficiency. In spite of the 8+ new models recently, or soon to be certified, we expect several new exciting airplanes to be introduced before year-end.

How does this affect the Gulfstream pre-owned market? While the industry awaits the much anticipated G600 to enter into service, the G500 has now seen deliveries both domestically and abroad to happy customers. Pre-owned sales activity overall remained steady, with a 2.6% and 2.2% drop in available inventory and pre-owned transactions, respectively. Although the first quarter is generally the slowest

of the year for new unit deliveries, Gulfstream continues to break that trend with 24 new aircraft going to customers, compared to 26 in Q4/18, which is typically the busiest time of year. Average ask prices continue to firm up as days on market drop, further continuing what many have deemed a “seller’s market”.

This report was originally published by Jet Transactions on May 3, 2019.