How Long Should You Keep Your Business Jet? 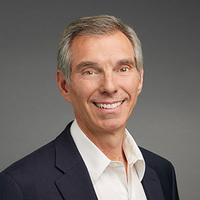 NAFA member, David Wyndham, Vice President with Conklin & de Decker, discusses your plan on how long you should keep your business jet.

When buying a business jet, it’s important to have an idea of how long you will own the aircraft. But where do you begin your analysis? David Wyndham assesses not only why, but how you should build a plan…

A client was recently looking at how the cost of owning their first business jet compares to a jet card or block charter. Their expected annual utilization is 350 hours and they plan to operate between two continents, requiring a Large Jet. They ultimately chose not to purchase the aircraft.

Why did they choose not to own an aircraft? In short, their expected utilization period only covered the next two-to-three years. After that the client expected to retire and fly substantially fewer hours. In this case, a very short-term of ownership, combined with the projected decline in the aircraft’s residual value, meant the total ownership costs favored a well-structured jet card program over outright ownership.

There is no ideal length of time to own a business aircraft, however. The ideal will differ from one prospective owner to the next. So what are the key considerations that a buyer should take into account when determining the length of ownership?

Changes in the primary mission will often dictate a change of aircraft to one that is a better fit. For example, one flight department suddenly needed to fly much longer trips following a merger. The existing aircraft lacked the necessary non-stop range, creating the need for a replacement aircraft.

Likewise, if the need to carry a certain number of passengers changes then an equipment change could be required. Mission requirements could dictate a smaller aircraft or a larger one.

For example, there's no need for a 12-passenger Long Range Jet if the primary mission changes to short hops with fewer passengers.

When the mission changes, it's important to establish if these are for the short-term or will be more permanent. A short-term change in mission or hours to be flown might be well-served by charter or a jet card. As a part of your acquisition process, you will need to see if any foreseeable mission changes are likely to occur, and if so, when and for how long.

For business-use aircraft, taxes may be another consideration when deciding how long to keep the aircraft. There are some companies that maximize the tax depreciation of the aircraft as aggressively as the tax law allows and, once depreciated, these companies often elect to replace the aircraft.

Part of this discussion depends on the profits of the corporation and the need for tax deductions. Taxes should never be the sole reason to buy or sell your jet, but they can be a significant decision point. It's always a good idea to consult with a tax expert for further guidance.

Maintenance Factors: Calendar requirements for travel, advances in technology and the ability to obtain spare parts after an aircraft has been out of production for many years are among the other considerations for determining how long you should plan on keeping your jet.

If the aircraft is flown a lot, the increased calendar availability of a newer aircraft needs to be factored into the equation. Older aircraft can be down for maintenance more than 50% of the time, which necessitates significant supplemental lift.

How might an aging aircraft fit with your projected mission needs five years from the time of purchase?

Technology Factors: New technology that is required for ATC, navigation and increasing safety may not be cost-effective when modifying older aircraft. For some business jets, updating systems to a modern ‘glass cockpit’ suitable for global navigation can exceed $1m or more. For the older global jet, it may not be worth spending that money. This must be assessed at the time you’re buying a jet.

Parts Availability: For much older aircraft with fewer left flying, the ability to find spare parts, irrespective of cost, makes the aircraft less able to meet its schedule. A rule of thumb is that if less than half the fleet is still flying, the aircraft can be considered an ‘end-of-life’ model – in which case, you may need to develop a plan for the aircraft’s scrappage once your planned term of ownership is finished.

If the long-term mission needs are not likely to change, then the decision should center on costs. The costs of keeping or replacing the aircraft should be calculated using a life-cycle cost approach to arrive at the best financial solution.

This approach considers not only the operating costs but also current and future values. It may also include taxes and the cost of capital.

In summary, there is not one right answer for how long to own a business aircraft. The timing depends on the age of your aircraft and on the costs of owning and operating it. I’ve seen owners who change aircraft every five-to-seven years and some who keep an aircraft 20 years or longer.

This article was originally published by AvBuyer on March 6, 2019.