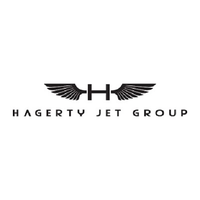 In our Quarterly Market Update for Gulfstream Aircraft back in Q1 2017, Hagerty Jet Group commented that Gulfstream was overdue for a replacement or improvement to the G650. Almost 2 years later, we feel certain the announcement is finally here after years of development and speculation.

Gulfstream recently updated their website and marketing materials. For reasons that should become obvious in the coming weeks, Gulfstream is no longer advertising the G650 – just the G650ER. This leads us to believe they will imminently launch two new models, likely to be named the G700 and G800. We think the G650ER will be replaced with a model, potentially called the G800, to match the nearly 8,000nm range. A second larger model with 4-zone cabin plus a dedicated crew rest area could be named the G700, which would be consistent with their branding and an estimated 7,000nm range.

Back in 2017, we speculated that one of the key features we expect to see is the Symmetry Cockpit which was designed for the G500 and G600 and is receiving amazing feedback from operators. Gulfstream continues to stay ahead of the competition when it comes to technology, and it only makes sense for the latest technology to be available on their flagship aircraft.

We don’t think there will be any need to modify the wing significantly. Since the wing
fuel tank on the G650ER has never been used to its fullest capacity, we believe another 2,000 lbs. of fuel could be accommodated. The G650ER already has a published range of 7,500nm and has already broken world records over 8,000nm.

We expect the G700 to have four dedicated cabin zones plus a crew rest area. Gulfstream will need to extend the fuselage by at least 8 feet to make this the longest Gulfstream ever. The longer fuselage will keep Gulfstream in competition with the Global 7500, which also features the four-zone configuration plus crew rest area. The G700 will probably include 2 more windows on each side which means more natural light in the cabin – one of the most impressive features on the Global 7500.

With the larger and heavier airframe, something would have to be done with the power plants. Gulfstream chose the Pratt & Whitney model engines on the G500 and G600
– a notable departure from the traditional Rolls Royce Engines. Although P&W likely competed for the new engine, we believe that Rolls Royce will partner with Gulfstream for the new models. It’s unlikely they have modified the BR-725 engine. The Pearl engine on the Global 6500 isn’t powerful enough. Perhaps the most exciting news we can expect

is a clean sheet design engine specifically built for Gulfstream by Rolls Royce. If this is the case, loyal Gulfstream operators will be super pleased by the reunion of the two companies.

The largest airshow in North America, NBAA, will be held in Las Vegas from October 22- 24. This is typically the most popular venue for new product launches. However, with less than 3 weeks from the big convention, there’s been no news out of the Savannah manufacturer. Details are being held closely under wraps. In typical Gulfstream fashion, we may expect to see at least one test aircraft on display at NBAA. The only thing better would be a completed G700.

In the event the new products are announced, they will be the most notable headlines at NBAA in years and the demand to get on board the new models will be greater than ever.

This report was originally published by Hagerty Jet Group on October 1, 2019.