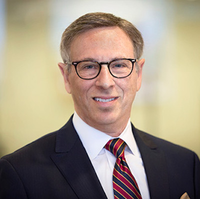 Purchasing a new business jet from the manufacturer (OEM) is a far different transaction than buying a used aircraft from a private third party. And planning for aircraft ownership is also part of this story.

The big-money aspects of a new aircraft deal start by selecting the right aircraft from the OEM and negotiating the aircraft purchase price. Unlike used aircraft deals, OEM agreements include terms on such items as upgrades, installment payment amounts, and pilot and technician training.

The used aircraft market enjoyed a record year of sales in 2018 that depleted much of the desirable inventory. However, some experts suggest that the cost of ADS-B equipage and a slowing global economy may cause more used aircraft to come to market in the near term; and the lack of ADS-B Out technology may prolong or complicate buy/sell negotiations even if more aircraft become available.

When purchasing a new or used aircraft, the parties should engage a team of knowledgeable business aviation experts, consisting primarily of an experienced aircraft broker, a technical inspector/analyst, accounting tax advisor, aviation counsel, aircraft management company, insurance broker, and capable title company or special FAA counsel. A non-aviation participant on the buy or sell side can make transactions more difficult or inefficient for experienced buy/sell teams and their principals.

Every used aircraft should (but surprisingly does not always) undergo a “pre-buy” inspection before a purchase occurs. The inspection should involve technical experts that delve into the records of the aircraft, ADS-B Out compliance, and the physical/mechanical condition of and required repairs to the aircraft. Counsel should conduct or order title, lien, and other searches at the FAA and on the International Registry with a focus on understanding the domestic and any international ownership since birth of the aircraft.

For new OEM aircraft, the pre-buy inspection process is dissimilar to preowned aircraft, so much so that OEMs often say that an independent inspection of a factory-new aircraft is unnecessary and the OEM can handle everything from contract to delivery.

Although some purchasers accept exclusive OEM oversight, all purchasers should still consider engaging a technical expert to interact with the OEM’s teams and inspect the aircraft during construction, knowing that OEMs usually will facilitate such inspections but with appropriate limits. Fundamentally, the expert can assure the purchaser that the aircraft conforms to the agreed specifications and the OEM delivers the aircraft in pristine condition. Also, the parties should always conduct legal diligence similar to a used aircraft sale.

Contractual provisions for used and OEM purchases have some common terms as well as major differences. OEMs believe the form of purchase and sale agreement they provide to their customers works well with few changes. Consequently, the extent of document revisions negotiated and accepted by an OEM may, but not always, pale in comparison to extensive changes drafted into used aircraft purchase agreements.

OEM contracts personnel, most of whom are not lawyers, have flexibility to make reasonable contract revisions, but their authority has well-honed limits. For example, their authority probably does not extend to accepting unusual revisions, settling a dispute, or altering fundamental OEM liability protections. Accordingly, purchasers should expect these contracts people to seek authority from senior managers or general counsel for revisions to obtain policy or legal guidance on an acceptable contract revision or dispute management.

For OEMs, each customer and its sale agreement is unique. As such, OEMs uniformly frown on aviation counsel using as precedent sale agreement provisions negotiated in other unrelated transactions with the selling OEM or other OEMs. However, aviation counsel can add value in serving their clients by using their prior experiences to negotiate appropriate terms in the current deal.

If a customer alleges material breaches by or makes serious litigious claims against the OEM, most OEM general counsel or his/her inside litigation counsel step in and try to reach an accommodation or, if necessary, circle the wagons to protect the OEM’s interests.

Under the Tax Cuts and Jobs Act of 2017, buyers of new aircraft, like used aircraft buyers, may use 100 percent bonus depreciation if the aircraft buyer qualifies for the tax benefit. Planning for ownership is critical to successful tax structuring. For more, read AINsight: 100% Depreciation and Aircraft Personal Use and AINsight: Maximize Aircraft Bonus Depreciation in 2019.

A purchaser of a new aircraft can potentially obtain a financing benefit that does not apply to used aircraft. Lenders and lessors often agree to fund installment payments to the OEM as the OEM invoices the customer during construction and upon delivery of the aircraft. In addition, these lenders or lessors are often willing to convert the installment payment arrangement into a long-term loan or lease. Either financing or leasing provides substantial benefits to the parties but requires some additional effort to negotiate the agreements. For more, read  AINsight: Should You Finance or Lease a Bizjet?.

Business aviation insurance brokers not only place appropriate insurance coverage but also can negotiate effectively with aviation underwriters. Purchasers of used and new aircraft generally understand that insurance is a crucial piece of protecting themselves from liability and property damage. However, they may not fully appreciate that a limited liability company (LLC) that buys the aircraft may not provide the LLC owner with the anticipated liability protection. For more, read AINsight: Piercing the Aircraft LLC Veil.

Operations of private aircraft under Part 91 (private use) or Part 135 (charter use) in the U.S. demand compliance with the applicable regulations by owners and operators of all aircraft. For example, owners of all aircraft must keep their aircraft in the condition required by the applicable regulations for flight operations, not conduct illegal charter operations, and meet technology requirements, including ADS-B Out. Importantly, the FAAis looking for violators of the regulations, in part as described in AINsight: FAA Actively Pursues Illegal Flight Ops.

Although purchase transactions of new and used aircraft share certain similar elements, they differ in significant respects. Assisted by knowledgeable professionals, a purchaser can and should address business, tax, financing/leasing, risk management, and regulatory issues as part of each deal. A reasonable and pragmatic approach to these transactions should foster amicable negotiations and ultimately produce the right travel solution for the purchaser.

This article was originally published in AINonline on May 9, 2019.