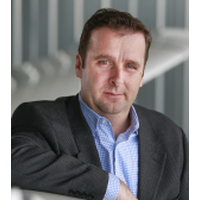 You’ve finally found the perfect airplane. It has no damage history, all of its logs, great avionics, and good interior. The high time engines are the only downside. You’re not worried because the plane is flown often and mechanically is in great shape. When you present it to your lender, though, the lender balks. Why?

Lenders tend to keep the worst-case scenario in mind. For them, that case is if they might have to repossess the aircraft with it needing an overhaul. To make it marketable again, the lender would have to use their own money for an overhaul. To counter that, most lenders are going to specify you have enough liquidity to cover an overhaul from Day 1.

Some lenders may require an overhaul as part of the purchase. Others may require a "hold back" amount of money as a precursor to financing. That "hold back" amount must be sufficient to cover overhaul costs upon taking delivery. Because lenders recognize that the likelihood of other expenses popping up at any time with an airplane is high, they may also require an additional cushion of liquidity as a condition of completing the deal. Some lenders will simply bow out of the transaction entirely.

For many pilots, having to fold an overhaul into the purchase price looks like a pricing discount opportunity. The reality is aviation market appraisers have already figured that into the equation. For example, if two identical aircraft are for sale and one has a fresh overhaul while the other is at TBO, the airplane with the fresh engines will have a market value of at least $30,000 more per engine over the TBO plane.

We've had clients who felt their ability to potentially liquidate an asset to cover an overhaul should have had that counted in their favor. Lenders tend to disagree with that assessment for two reasons. First, offering to liquidate an asset against an overhaul changes the global financial picture of the borrower. Keeping in mind that every aspect of one's financial picture is interconnected; it becomes easy to see why changing one part may have a negative domino effect overall.

Second, where borrowers tend to feel eternally confident about their ability to quickly liquidate any asset they own, lenders are more sanguine about the reality of asset disposal. Financers can draw from plenty of historical precedent where circumstances changed for the worse, and the asset a borrower thought would be easy to sell to cover the unforeseen event fetched far less than expected or didn't sell at all.

The flip side of that coin are two specific instances where an airplane owner whose engines are at TBO might easily obtain an overhaul loan. In the case of an aircraft that is free and clear, it’s generally possible to get virtually 100% financing. The second situation is when a loan is still outstanding. If the amount requested--plus the remaining principal--adds up to less than 80% loan-to-value (LTV), a lender will typically refinance. In that case, the owner may not have to go more than 20% out of pocket to pay for the overhaul.

Lenders who provide this type of refinancing find it attractive for another reason. Often a pilot will include an avionics or interior upgrade, thus turning a simple engine overhaul into a whole aircraft refurbishment. The one caveat is, at least on the piston side, the relatively small dollar amount of a refinance loan for an overhaul is low, so it's not necessarily attractive to a lot of lenders.

This article was originally published by AOPA Aviation Finance Company on July 10, 2019.