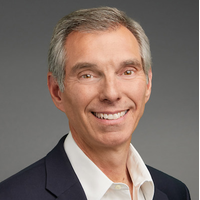 Are you looking to reduce your total costs of business jet ownership? A management company can charter your aircraft during the idle periods between personal trips. David Wyndham discusses.

Choosing the right firm to manage your jet will be crucial. Firstly, it must have authorization under FAA Part 135 (or its international equivalent outside the US). Secondly, be prepared that the relationship between owner and management company can be complicated given the myriad of regulatory restrictions governing operational control of any aircraft used for commercial service.

Following are the general terms that exist between the aircraft owner and commercial operator:

Fact: Your idle asset can generate income that will offset the cost of owning and operating the aircraft.

Myth: Chartering your aircraft means you will “fly for free.”

Some Rules of Thumb

Other negotiated terms may involve the accrual for maintenance, guaranteed hourly maintenance plans, and fuel cost offsets. Recently, I saw an agreement where the aircraft owner received a set revenue per hour regardless of what the charter operator charged. Another agreement had the charter operator paying the fuel costs with a reduced percentage of the revenues to the owner.

So, what’s in it for the charter operator? Why would they even want to deal with individual owners instead of operating their own fleet?

The Scale Problem of Charter

Charter companies have a scale problem. Market charter rates are not sufficient to cover all the costs of operating an aircraft unless they fly a lot of hours. When you factor in the fixed costs and cost of capital or leasing, charter rates simply don’t pay enough.

The utilization necessary to make a profit by owning the aircraft and chartering it are well beyond what the on-demand charter aircraft typically flies. Scheduled airlines may fly 2,500 hours per year per aircraft and, in many years, still lose money.

I ran the break-even revenues for a global business jet for one owner and, accounting for the cost of capital and taxes, calculated that they would need about 3,000 charter hours per year. For most charter operators, owning a turbine aircraft is not affordable.

There are fixed costs and, even with discounts available to the owner, those costs might run to $500k per year.

Assuming the used jet is valued at $3m, the lease payments are $300k per year. Even if you purchased the aircraft, there is a cost of capital as you cannot invest this money elsewhere. Adding the lease expense plus the fixed expenses, you are now at $800k per year.

At an income over operating expense of $1,020 per hour, our owner needs 784 hours of charter revenue to break even before tax considerations. Very few charter operators can generate that much revenue flying in a year.

For the owner who flies infrequently or has a predictable schedule the revenues from charter can certainly help reduce the cost of flying. The charter operator generates profitable revenues and the owner offsets their costs.

With the proper relationship, both the owner and operator can come out ahead and the charter client gets lower rates and a greater selection of aircraft.

One less obvious advantage of a charter relationship relates to risk management. As the owner of an aircraft, you will have liabilities related to the safe operation of the aircraft. That’s why you have insurance, right?

If you charter your aircraft, however, the operational risk is shared with the charter operator, even when you are onboard. They assume responsibility for the safe conduct of the flight.

Next month, we’ll address more of the potential issues and concerns associated with chartering your aircraft.

This article was originally published in AvBuyer on January 23, 2019.