What Are The Top 5 Major Airline Costs? 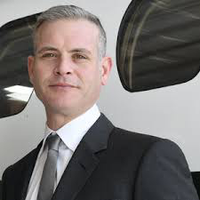 On occasion, even short-distance trips can amount to a total that’s higher than what you might expect. But aside from the time of year and location, what factors are the most costly for a commercial airline?

Due to COVID-19, airlines are seeing historic lows in-flight sales both domestically and internationally. Unfortunately, expenses don’t decrease with the decrease in in-flight sales. Even while grounded, planes must remain maintained, and leases must remain paid. However, these main expenses stay the same for airlines globally.

There are 5 major airline costs that these companies need to cover.

Of the most costly expenses incurred by airlines, fuel is number one. According to the HowStuffWorks, “Domestic airlines in the U.S. spend a combined $2 to $5 billion on jet fuel every month.”

Fuel can cost an airline anywhere between 15 and 20 percent of its total budget. On top of that, fuel costs tend to vary based on the economy. Airlines are subject to paying for those fluctuations in price.

Ideally, airlines prefer to buy cheap fuel and pass some of those savings over to their customers. However, in recent months, jet fuel prices have hit a high of $1.67 a gallon. For comparison, jet fuel cost $1.45 per gallon in 2016 when travel was popular, and the current pandemic did not yet exist.

It may not be easy to justify the price tag on a plane ticket if you look at the cost of jet fuel per gallon alongside the cost of gasoline per gallon. While fuel may be the highest cost incurred by airlines, an airline ticket's cost depends on much more than jet fuel alone.

Up next in highest airline costs lies in labor expenses. Hiring, training, and maintaining airline employees can take a massive chunk out of an airline’s budget. In 2018, U.S. airlines raked in a revenue of $187 billion and spent a little over $50 billion in labor. This contrast reflects a total of 28% revenue loss due to labor costs.

When the going gets tough, it’s not difficult to see where budget cuts lie. Because of the pandemic, many airlines put plans in motion to furlough early retirees in anticipation of bringing in younger professionals set at a lower hourly or salary rate. This helps them cut higher-paid income costs and save by hiring more affordable professionals.

It may surprise you to learn that airlines rarely own the aircraft they operate and typically have an active debt from leasing them out. Airlines continue to have to make aircraft payments regardless of how many seats are booked.

Airlines everywhere are doing what they can to ensure a more profitable future. Among those big decisions lies within those airlines who canceled or did not plan to repurchase Boeing and Airbus aircraft. With several jets grounded along with plane incidents that caused a negative backlash, both Boeing and Airbus reported huge losses in 2020.

The European plane manufacturer, Airbus, has reported a loss of $1.3 billion. Meanwhile, Boeing’s losses are set at an estimated whopping $12 billion for the past year.

Among the top 5 airlines in the U.S., including the following:

Each has taken extraordinary measures to cut back on spending while many aircraft are grounded, eating into their rental costs.

4. The Cost Of Equipment And Maintenance

Airlines need to maintain meticulous records and information regarding maintenance and repairs as the Federal Aviation Administration (FAA) has specific requirements for the benefit of the people who use, trust, and rely on aircraft travel.

(If you are an aircraft owner, you know how important your logbooks are. We created VREF Vault – a secure digital aircraft database using aviation blockchain technology. Protect your data today!)

Finally, professional services cost airlines within the U.S. about 8.6% of their budget. Marketing services may seem unnecessary, but especially in today’s climate, an airline is nothing if not relevant. Amenities must remain accessible as promised. And the risk of faltering to legal dealings has every airline maintaining their legal defense. Although some services may seem arbitrary, they must keep the airlines running safely and legally.

These types of services include the following:

While some more luxurious services are understandably costly, amenities considered everyday or regular amenities can take up a good portion of an airline’s budget.

Own An Aircraft And Avoid Airlines Altogether

If you’ve considered purchasing an aircraft for your business or personal needs, make sure your appraisals come from a reputable organization you can trust. We provide comprehensive appraisal and valuation services to give our clients the most accurate information in real-time. Discover our appraisal services here.

This article was originally published by VREF on March 5, 2021.