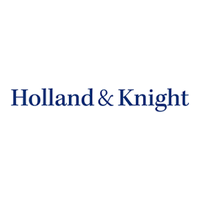 NAFA member Holland & Knight discusses changes in regulations that will have major effects on private aircraft and vessels, including cruise ships.

The U.S. Department of the Treasury's Office of Foreign Assets Control (OFAC) and the U.S. Department of Commerce's Bureau of Industry and Securities (BIS) on June 4, 2019, announced changes to the Cuban Assets Control Regulations (CACR) and the Export Administration Regulations (EAR), respectively. Both agencies also updated their respective frequently asked questions (FAQs) explaining the amendments, which take effect on June 5, 2019.

These amendments implement one aspect of the U.S.-Cuba policy announced by the Trump Administration on April 17, 2019: the restriction of non-family travel through the elimination of the P2P travel category (part of the educational travel authorization). However, the changes taking effect on June 5, 2019, do not restrict any other travel category and do not limit money remittances to Cuba or end the use of "U-turn" transactions. It is possible that additional changes to the U.S.-Cuba regulations addressing these matters may be implemented in the near future.

On the other hand, the new amendments go beyond what was announced by both U.S. Secretary of State Mike Pompeo and National Security Advisor John Bolton on April 17 because they include an unexpected prohibition on the "exportation" to Cuba (i.e., temporary transportation from the U.S. to Cuba) of most commercial and private vessels (including cruise ships) as well as of private and corporate aircraft. Such change has an immediate, detrimental impact on U.S. cruise lines operating in Cuba.

This Holland & Knight alert discusses the June 5 amendments to the U.S.-Cuba sanctions regulations as well as their practical effects on U.S. individuals and companies.

Effective June 5, 2019, any P2P travel (both individual and group P2P) needs to be authorized by OFAC under a specific license. However, OFAC FAQ No. 16 sets forth that OFAC will apply a policy of denial with respect to applications for a specific license requesting authorization for people-to-people travel and related transactions.

Those individual travelers who have completed at least one travel-related transaction (such as purchasing a flight or reserving accommodation) prior to June 5, 2019 will be grandfathered in and, therefore, remain authorized to complete that specific travel. This temporary exception also covers the P2P "sponsoring organizations" to the extent that the proposed travel falls within the scope of the grandfather provision for group people-to-people educational travel. Under these conditions, the P2P sponsoring organization may proceed with sponsoring such travel without applying to OFAC for a specific license.

Under Section 515.572 of the CACR, carriers are still authorized to provide carrier services to, from or within Cuba in connection with authorized travel or transportation, of persons, baggage or cargo. However, effective June 5, 2019, certain carrier services transactions – all of which depend on the ability of the carrier to temporarily export the vessel or aircraft from the U.S. to Cuba (this constitutes an "export" under the EAR) – will require an additional, separate authorization from BIS, an authorization that is subject to a general policy of denial.

Prior to these new changes, the License Exception Aircraft, Vessels and Spacecraft (AVS) under 15 CFR Section 740.15 of the EAR authorized temporary sojourns to Cuba (i.e., temporary exports of vessels and aircraft) for commercial vessels (cruise ships), private as well as cargo vessels, and commercial, private and corporate aircraft in connection with authorized travel or transportation, of persons, baggage or cargo to Cuba.

Under the new rules:

In practical terms, this means that starting on June 5, 2019, cruise lines departing from the U.S. will not be able to call on Cuban ports. As stated above, commercial airlines are covered by the AVS License Exception and can continue their operations to Cuba.

For the cruise industry, these changes will have a substantive impact: 1) because the majority of the travelers using the cruises' services to Cuba do so under the group P2P category of travel, where the cruise line is the P2P sponsoring organization, and 2) because even when the other travel categories are still in place and cruise lines can technically carry authorized passengers to Cuba (other than under P2P), they now are required to apply for and obtain a separate authorization from BIS. The likelihood of obtaining such authorization seems to be very low because BIS will look at the request for authorization under a general policy of denial. Even if such authorization is eventually obtained, the process will likely take months and the cruise lines will have already been unable to comply with the contracts they have in place with the Cuban port agent and other local service providers.

To a lesser extent, commercial airlines will also suffer the consequences of the disappearance of the group P2P travel. The greater impact may be on those airlines that fly from cities where there is not a concentration of Cuban-Americans who can travel to Cuba under the still-authorized family visits category.

As the revised regulations are implemented, it is likely that further clarifications – and possibly adjustments – will be necessary.

Holland & Knight's Cuba Action Team has dealt with Cuba-related issues for more than 20 years. The Cuba Action Team includes a number of lawyers from the firm's robust Latin America Practice, International Trade Group and Financial Services Practice. We have extensive experience assisting a wide range of U.S. and non-U.S. clients on Cuban trade embargo issues across diverse industries, including airlines, shipping lines, insurers, and agricultural and pharmaceutical companies and organizations. In addition, Holland & Knight has a Cuban licensed/trained lawyer. For more information on how the recently announced changes could impact your organization specifically, contact the authors.

This article was originally published by Holland & Knight on June 5, 2019. 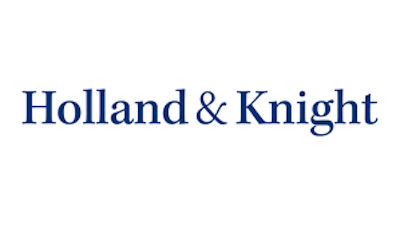