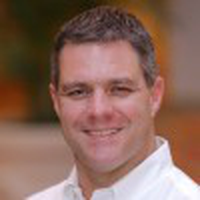 It’s not as simple as signing a purchase agreement and transferring title after inspections and acceptance. These transactions are complicated by the requirement that the importing registry needs to have assurances that the aircraft is safe to fly and meets their airworthiness standards from the exporting registry. This is a challenge when the two registries don’t have a bilateral agreement in place.

﻿Without a bilateral agreement, the importing registry cannot get the assurances they need that the aircraft is in airworthy condition.

In the example above, The UK Civil Aviation Authority (CAA) cannot issue an Export Certificate of Airworthiness in favor of the Chinese registry. Given the number of aircraft registries that exist, there are countless examples of where this problem can arise. However, buyers and sellers can often solve this dilemma by taking the interim step of registering the aircraft on the FAA registry, which has bilateral agreements with 48 different countries. The aircraft can be brought up to US standards, if necessary, and deemed airworthy, prior to transferring it to a new registry, when the new registry has a bilateral agreement with the US. The buyer can then proceed to register the aircraft on that registry after first deregistering from the FAA Registry.

In the UK to China example, the seller would transfer the aircraft from the UK registry to the US FAA registry for a short period of time. The UK Civil Aviation Authority would issue an export certificate of airworthiness in favor of the US.

As an alternative, it is also possible to structure the transaction so that the Chinese buyer, rather than the UK owner/seller, utilizes the short-term trust and is responsible for hiring the DAR and having the Certificates of Airworthiness issued. The buyer may want assurances prior to closing that the aircraft will meet the FAA’s requirements. This assurance can be gained through a thorough pre-buy inspection.

There are many other variables in these types of transactions that buyers and sellers and their advisors need to address. VAT taxes and export trade compliance from the country of export, US import and subsequent export trade compliance, and potential state sales and use tax exposure need to be carefully considered. In the current environment, COVID-19 and travel restrictions can also impact the ferrying of the aircraft between countries.

Using the FAA registry as a clearinghouse can be an effective bridge to facilitate aircraft transactions between two non-US aircraft owners and their respective registries.

This article was originally published by TVPX on October 21, 2020.