Overview of the GAO Report on FAA 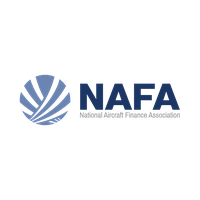 In March of 2020, at the request of Congressmen Stephen Lynch and Peter King with the Subcommittee on National Security and the Committee on Oversight and Reform, the GAO released its long-awaited report on the FAA Registry’s ability to handle fraud and abuse risks in aircraft registrations.  As the title of the report clearly implies, the GAO found that the FAA Needs to Better Prevent, Detect, and Respond to Fraud and Abuse Risks in Aircraft Registration.

More specifically, however, the report found that the FAA needs to better review and vet the actual owners of aircraft.  As we all know, the FAA currently takes filed documents at face value, and records them if they meet certain requirements as set by the FAA itself.  While the rest of the industry has been subject to more and more demands to Know Your Customer, and to adhere to KYC and OFAC guidelines, the FAA has remained immune.  This report suggests that it is time for the FAA itself to do more due diligence and better vet the entities registering aircraft on its registry.

The report seems to focus on increasing transparency in “Opaque Ownership Structures” for registering aircraft, which the GAO believes are at the highest risk for fraud and abuse.  Opaque Ownership Structures are legitimate business structures that are widely used by corporations and individuals to facilitate commerce as well as for asset and tax management. However, they lack transparency related to aircraft registrations and can create challenges for safety and law-enforcement investigators seeking information about beneficial owners to support timely investigations.

These ownership structures can include the following:

It is worth noting that the report specifically excludes publicly traded companies, shifting the focus of these security measures away from commercial airlines and towards the general aviation industry.

On pages 58-59 of the report, the GAO outlined 15 recommendations for Executive Action by the FAA.  Many of the recommended improvements to the FAA system are expected to be implemented in the FAA’s modernization project, slated to be completed by October 2021.  Generally speaking, the modernization project is expected to help streamline and automate the aircraft registration process,  and make the FAA records available to the public at all times.  The GAO report includes recommendations for using this new system to improve the FAA’s vetting process of owners registering aircraft on the FAA’s system, and using that technology to allow law enforcement officials more access to registry data.  Initial conversations with the FAA indicate they are on track to complete this project by the stated October 2021 deadline.

While the GAO has many recommendations to the FAA, there are still many questions to be answered.  These are the Top Issues we have identified:

The FAA has yet to officially respond to the GAO’s report, but they have updated their website on the CARES Initiative to enhance and modernize the FAA registration services.  To learn more about it, you can go to their website here:  https://www.faa.gov/about/initiatives/cares/

Furthermore, on March 30, 2020, they issued their Third Request For Information, requesting information from the industry.  To participate, click here:  https://beta.sam.gov/opp/8b7d6e20940d4d5b8b4e8e9e76a991b3/view

As NAFA members, it is important that we participate in any proposed changes to the FAA registration process as much as possible.  To the extent that you have time to fill out the FAA’s RFI, we encourage our members to do so.

NAFA will continue to monitor the proposed changes and the FAA’s eventual response and will report those to the membership. 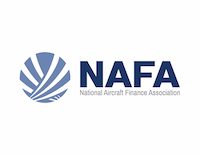