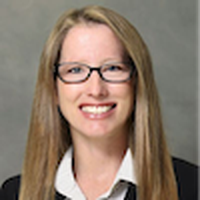 The recent pre-publication final rule by the United States Internal Revenue Service (“IRS”) on the Tax Cuts and Jobs Act (TCJA) as it relates to aircraft management companies is helpful to owners because the factors do not require as much of a trade-off any longer. The rule states, among many other things, that when an owner flies on its own aircraft under Part 135, that the 7.5% federal excise tax (“FET”) does not apply. The final rule also clarifies that certain common ownership structure planning tools including owner trusts and qualified leases will also not be subject to FET for owner/lessee flown Part 135 flights when on the aircraft owned/leased. This final rule may change the ownership and operating structure plan for new buyers and for current aircraft owners. The rule also confirms that FET is not due on any management fees paid to a management company for its services.

In the past when an owner elected to fly flights on its own aircraft under Part 91, even when engaging a full-service management company, it did so as part of its ownership and operating structure plan to avoid FET on owner flights. However, it was a trade-off because when an owner flies under Part 91, the owner of the aircraft has operational control and therefore more potential liability. However, now, under the IRS rules, if an owner hires a full-service management company that has a Part 135 certificate, the aircraft owner may elect to have all of its flights flown under Part 135, with the management company in operational control and not have to pay FET. Under the IRS rule, FET is not applicable on owner flights when owner is flying on its own aircraft. The forgoing applies to the aircraft owning entity or another entity that qualifies under the rule, such as a beneficiary under an owner trust or a lessee under a qualified lease.

With the recent pre-publication final rule by the IRS related to the TCJA as it relates to aircraft management companies, new aircraft purchasers may have to make fewer compromises during its aircraft ownership and operating structure planning. Additionally, current aircraft owners may consider restructuring their ownership and operating structure to take into account the new IRS rules related to FET.

This article was originally published by Aerlex Law Group on March 2, 2021.