How to Refurbish Your Jet With Maximum Appeal (Part 1) 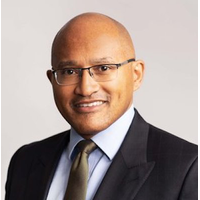 How would you upgrade your jet to optimize appeal on the resale market?

When refurbishing your business jet, how far should you go? How can you anticipate appealing to future buyers, and what should be the priorities with a sale in mind? Arc & Co’s Gary Crichlow shares the insights of Tobias Laps and Iain Houseman.

Refurbishing or upgrading an aircraft is a very different investment proposition compared to refurbishing a property. While property generally appreciates in value over time, aircraft are fundamentally depreciating assets. Outside of very specific, often unpredictable market conditions, aircraft will lose value as they age.

Any investment into a business aircraft therefore needs to be looked at from the point of view of slowing that value loss as much as possible and extracting maximum utility, rather than expecting a positive financial return.

The most effective way to slow natural depreciation is to ensure the aircraft is desirable to the market so it sells quickly when the owner decides they want to upgrade or generate some cash.

Mainstream, sought-after aircraft models in top maintenance condition that have undergone a high-quality cabin refit don’t tend to stay on the market for long (unless they’re unrealistically priced).

What Makes an Appealing Interior?

Naturally, when considering how to fit out the cabin of a private jet, it’s crucial to make choices that not only align with your current needs and desires, but also account for your future buyer’s mindset as much as possible.

Decisions made now often have a sizeable impact on the future point of sale. The one similarity with selling property is that a well-executed interior should enable the buyer to visualize himself or herself in the cabin with little or no change rather than having to consider the cost of ripping it all out and starting again.

Following are several themes that are important to consider when it comes to the perceived value that a well-executed cabin refit generates at the point of sale from a buyer’s perspective.

Note: With our use of the term ‘value’, we encompass not only the actual return by way of an increased sale price (which tends to be the exception rather than the rule), but also the impact on the time it takes to sell the aircraft, thereby minimizing the detrimental effects of depreciation and time on the market.

Generally, aircraft in better condition tend to be easier to sell. A relatively new interior that’s in good condition can markedly increase an aircraft’s appeal, but its impact will be very much dependent on the basic aircraft ‘metal’, i.e. its age, hours and maintenance condition.

Tobias Laps from Comlux Management AG notes that on Large Jets and Bizliners, the design of the interior, the layout and materials tend to have a much bigger impact on the buyer’s decision-making than on smaller aircraft.

“In our experience, when buyers walk onto an aircraft, they typically know within the first few minutes whether the interior will work for them or not,” Laps explains.

“It is at this point that they weigh up their view of the basic aircraft, the metal versus the cost of changing the interior to better suit their needs. If the metal is relatively new, in good condition, and is worth significantly more to the buyer than the cost of the interior upgrade, then that’s what will tend to drive the decision,” Laps continues.

It is therefore of key importance for a seller to understand the interplay between the technical and the cosmetic, which will depend heavily on the specific details of the aircraft.

There are important aspects of the cabin prospective sellers can address to give buyers a first-class impression of the aircraft’s condition, and according to Laps that begins with choosing an interior layout with resale value in mind well before the actual sale, including “mainstream” color and veneer choices.

“In terms of specification, wireless connectivity is a trend whereby passengers can connect their own devices while on board,” he adds. “Upgrading a wireless entertainment system is easier because the interior does not have to be removed to rewire components.”

Know Who You’re Trying to Impress

Regardless of the layout and specification, Laps emphasizes that the first thing you must do when selling your jet is to prepare to impress the principal’s technical representatives.

“Make sure the maintenance records are up to date, well-organized and presentable and the aircraft is clean and fully serviceable,” he details. “It’s a very good idea to clean the landing gear, bays and externally-accessed compartments.

“Only after the representative has examined the technical condition of the aircraft and records and is satisfied will the principal typically come to assess the interior and overall cosmetic condition and make the final decision.”

In preparing for the principal to come and view the aircraft, it will need to be cleaned. “The exterior should be spotless, and the flight deck and cabin should be deep-cleaned, including the galley, lavatories, carpet and sidewalls,” Laps concludes.

“Everything should look fresh and up-to-date. Soft goods and furnishings should invite the principal to visualise himself or herself using the aircraft.”

Iain Houseman of Elit’Avia, meanwhile, believes the interior will be a lot more important if the aircraft is older. “If it’s a newer aircraft, then the interior is usually still in pretty good shape and, in that case, it comes down to how appealing it looks to the buyer,” he notes.

“If the interior has been designed in a way that appeals to a limited group of people (as an example, red leather seats or a carbon fibre interior instead of veneer) that can be a deal-breaker, because buyers will have to spend time and money to change it.

“For older aircraft, the interior condition can be important for the same reasons – if the interior has recently been redone or is in good condition then the aircraft is more appealing because it doesn’t need significant rework,” Houseman observes.

“Additionally, there is a need to understand the current technology systems and the proximity of major inspections for the aircraft that will allow upgrades to be incorporated and save considerable costs.

"For example, we estimated a major inspection for an owner’s aircraft of $1.1m and got the cost down to just under $800k – and managed to include some key avionics upgrades, internal improvements and soundproofing enhancement, which proved very useful in getting the aircraft ready for sale.”

Upgrading and refurbishing an aircraft is a significant investment that can strongly enhance your experience while on board. Nevertheless, when planning for the investment, it’s important to have a realistic view of the value a refurbishment creates.

A well-executed cabin refit should not only meet your immediate needs in terms of space, aesthetics, utility and connectivity. It should appeal to the broadest possible range of potential buyers when the time comes to move the aircraft on.

In ‘Part 2’ we’ll explore the current trends in cabin design as owners seek to maximize utility, comfort and style, gaining input from renowned interior designer Celia Sawyer, while also considering the importance of maintaining paperwork and ensuring the design is properly certificated to enhance the chance of selling your aircraft at the best price. Stay tuned…

This article was originally published by AvBuyer on August 12, 2019. 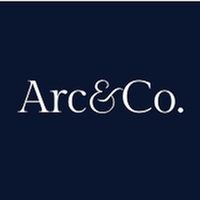