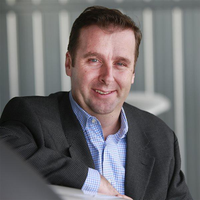 Major hidden costs, for example, can result when a previous owner has deferred maintenance. You’re better off buying an airplane that’s been regularly used because the owner will typically address issues as they arise in order to continue using the plane regularly.

It’s a myth that it’s smart to look for an aircraft that’s had low flying time. Less wear and tear on the engine and the airframe? While those are important considerations, they should not be the only ones. After all, these are machines and machines are made to be run. When an aircraft sits, its problems remain hidden.

Low flying time could mean high maintenance when it’s your time to own the airplane. That’s one reason the first annual inspection can be unusually expensive — another hidden cost. So be prepared.

Here is a list of other hidden costs associated with aircraft ownership:

The list is extensive but not exhaustive. Hence our advice to add 10% to 15% on top of your projected operations budget, so when those hidden costs reveal themselves, you aren’t surprised.

This article was originally published by AOPA Aviation Finance Company on June 10, 2020.