Everything You Need to Know About Aircraft Pre-Purchase Inspections 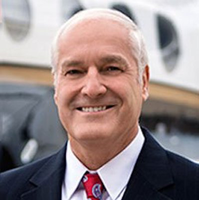 An aircraft pre-buy inspection refers to the process by which a qualified entity or inspector examines an aircraft during a potential sale or transaction. During this process, the inspector aims to identify any preexisting damage, potential maintenance issues, Airworthiness Directives, and so on in order to protect the buyer’s interests.

The Importance of an Aircraft Pre-Buy Inspection

Purchasing private aircraft is an expensive investment, even when the asset in question is in perfect working order. Minor issues with an aircraft can incur major expenses, so it’s in a buyer’s best interest to conduct a pre-purchase inspection as part of your acquisition process.

The fact of the matter is that it’s not unusual for the current owner to believe that their aircraft is in pristine condition, especially if they’ve recently invested in upgrades to the aircraft or have files of expensive maintenance receipts to show for it. Even with all the effort and support provided by the current owner, certain items or areas of the aircraft can only be sufficiently reviewed during an aircraft pre-buy inspection.

Therefore, it’s wise for a buyer to request an aircraft pre-purchase inspection, rather than find out after the fact that there’s an issue with the aircraft. Depending on the severity of the issue (or issues) identified during the inspection, the buyer may elect to negotiate with the current owner to lower the purchase price or to cover the cost of repairs and or the implications to the aircraft value. Depending upon the structure of the transaction, the buyer could also have the option to reject the aircraft and terminate the transaction.

Even if money is of no object, an aircraft pre-purchase inspection is a pragmatic move because it often saves the buyer valuable time — time that the aircraft could spend flying rather than sitting in a repair facility. Identifying and addressing potential issues prior to purchase is an excellent way for a buyer to help ensure that they’re able to fly the aircraft worry-free for some time after the purchase is complete.

In light of the COVID-19 pandemic, there has been an increase in sellers pushing for quick sales, often at an attractive discount, on the condition that the buyer limit or bypass entirely the aircraft pre-purchase inspection process. Although, in this scenario, a discounted sale price can be appealing, it often comes with risk of unexpected costs after closing — costs that would have otherwise been identified during an aircraft pre-buy inspection. To that end, COVID-19 should have no influence on buyers when weighing the benefits of and protection afforded by a pre-purchase inspection, even if it increases the overall timeline of the transaction.

To illustrate the importance of an aircraft pre-purchase inspection, let’s look at some of the possible issues that could come to light during the inspection process:

Why You Really Need a Pre-Purchase Inspection

Some buyers make the mistake of assuming that, since the aircraft recently underwent a major inspection, there’s no need for an aircraft pre-buy inspection. Although it’s true that a major inspection might turn up some useful information about the aircraft, that inspection is only a snapshot of the aircraft’s current condition based on a predetermined checklist. Aircraft pre-purchase inspections are uniquely designed to specifically examine and target the areas of greatest concern and have been proven to reveal trouble spots within an aircraft model that are most at risk for a buyer.

Another common misconception is that an aircraft pre-buy inspection report is unnecessary for an aircraft that’s only a few years old. Newer aircraft models naturally command a higher selling price than older models, which means any issues discovered with a newer model could have a greater monetary impact on the presumed and assigned value of the aircraft than with an older one. The fact is that even after just a few years of operation, an aircraft’s environment and operating history can be detrimental to its presumed condition and market value. Furthermore, if the aircraft is still under warranty, any issues discovered during the aircraft pre-purchase inspection may still be covered under warranty programs.

Finally, buyers often assume that an aircraft pre-buy inspection is unnecessary when the aircraft in question has a strong maintenance pedigree — for example, if the aircraft were previously owned and operated by a Fortune 100 company. Although a corporation’s assumed reputation for high standards would suggest that the aircraft was kept in mint condition, this isn’t always the case. Some corporations may have limited their aviation department budgets, which could result in the deferral of planned upgrades, refurbishments, and, in some cases, even improvements by way of recommended service bulletins.

For all of the reasons outlined here and in the previous section, the importance of aircraft pre-purchase inspection services really can’t be overstated.

In any case, it’s important that buyers not go into the process fixated on the idea of the “perfect plane,” and that they decide well in advance which imperfections they’re willing to accept and handle on their own. That said, it would be wise for a buyer to look for an advisor who can provide guidance on whether a minor issue is truly minor, whether it affects how the aircraft is certified, and whether that inoperative item might actually affect the value or safety of the aircraft.

It’s recommended that any prospective buyer partner with a private aviation consultant to exclusively represent them, as opposed to someone who represents both the buyer and the seller. The latter might be inclined to recommend a pre-buy geared to incur the least friction for completing the transaction. A private aviation consultant can help the buyer steer clear of such risks by leveraging their knowledge of industry options to identify which resources are most appropriate and why.

– Where has the aircraft been maintained?

– In what geographical environment has the aircraft been based?

– Has the aircraft been hangared consistently?

– Has the aircraft sustained any damage?

– If the aircraft was out of use for a period of time, was it properly preserved?

These questions not only enable buyers to stay informed throughout the process, but also to avoid any potential financial implications.

This article was originally published by Essex Aviation on May 28, 2020. 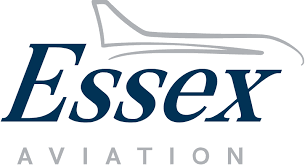