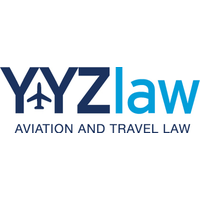 Aircraft transactions are complicated processes that require detailed knowledge of aviation regulations, business practices, taxation of aircraft assets, and international law – knowledge that YYZlaw has been steadily building over many decades. These processes can be boiled down to three main categories of agreements: i) contracts of purchase and sale, ii) lease or finance agreements, and iii) aircraft management agreements.

The acquisition of an aircraft, whether for business or personal use, requires consideration of multiple financial, regulatory and transactional components. Depending on the types of parties involved, different risk considerations will need to be assessed.

When dealing with Original Equipment Manufacturers (OEM) such as Bombardier, Dassault, Embraer, Gulfstream, Textron, etc., it is important to ensure that the deal negotiated between the OEM and the purchaser is adequately reflected in the ultimate aircraft purchase agreement. The negotiation and inclusion of allowances relating to maintenance and parts programs, initial and recurrent training offerings for pilots and aircraft maintenance engineers, and future trade-in options and upgrade eligibility need to be accounted for as well. Liquidated damages provisions in aircraft purchase agreements need to also be carefully assessed to ensure that such clauses are reasonable in the circumstances.

When an aviation transaction doesn’t directly involve an aircraft or engine manufacturer and is concerning a pre-owned aircraft, the purchase negotiation will need to account for the validity of title and any registered or hidden defect in title. This process can be complicated where an aircraft is owned by a seller in one jurisdiction, with the aircraft registered in another jurisdiction, and the buyer being located in yet a third jurisdiction. At all stages it is important to be mindful of the taxation and importation challenges which need to be managed.

In most aircraft purchase negotiations, the condition of the aircraft is assessed and verified through a pre-purchase inspection. Typically, this process doesn’t commence until the aircraft purchase agreement has been entered into, however, there are transactions that occur differently and which require customized legal structures to protect the interests of the parties. Despite any such pre-purchase inspection verification, the vast majority of transactions involving pre-owned aircraft make no representations or warranties other than those relating to the aircraft’s state of title.  These transactions are considered “as-is, where-is” transactions as the seller makes no warranties as to merchantability, functionality or fitness for purpose, and it remains entirely the obligation of the purchaser to satisfy itself as to the condition and functionality of the aircraft being purchased. To protect the purchaser, title and lien searches against the aircraft are recommended before the conclusion of the sale. Depending on the national state of registration of the aircraft, such searches may include domestic title/security registries (Personal Property Security Registry (PPSA) or the Quebec Register of Personal and Movable Real Rights (RPMRR)), and the International Registry. Finally, registration of the aircraft with the appropriate national civil aircraft authority is necessary before it may be operated, and it is our advice that the purchase of such assets is also registered on the International Registry. It is important to note that the ownership and lien status of a Canadian registered aircraft cannot be reliably determined by the information contained on the Canadian Civil Aircraft Registry (CCAR).

All purchase negotiations, irrespective of the parties involved, must deal with various documents: A letter of intent, an aircraft purchase agreement and a warranty bill of sale are all typical documents, in addition to the establishment or maintenance of the corporate vehicle of the purchasing entity, if one hasn’t already been formed.

The purchase of aircraft assets involves a high upfront capital investment; companies may either require financing or select to finance a purchase for various tax considerations. Depending on the risk profile and the lending institution, this aircraft financing usually takes the form of either an aircraft lease or a securitized loan. Certain financial institutions offer asset-based financing, while others assess an aircraft purchaser’s creditworthiness to make lending decisions. Regardless of the type of financing obtained for an aircraft acquisition, such financing will inevitably require consideration of the choice of law, and the repossession and enforcement rights available to an aircraft financier. While insolvency and delinquency are not ordinary occurrences, these are perhaps some of the most important provisions in a lending/lease agreement that must be ascertained, in addition to the economics of the deal. When purchasing an aircraft with financing, whether a lease or loan, restrictions may be placed on the aircraft in question and additional time is necessary to complete the transaction.

While some private buyers are pilots or companies with existing in-house flight departments, most corporations require an aircraft management company to provide crew and maintenance services. YYZlaw can act as a liaison between the purchaser and the management company, ensuring that the company acquiring the aircraft asset fully understands its rights, fees and obligations under such aircraft management agreement. This document may also be referred to as an aircraft services agreement.

While some companies have and wish to use an established in-house legal team, advice from a third-party expert, such as YYZlaw, can increase the efficiency of a transaction and provide assurance to both the seller and the purchaser from the letter of intent through to the delivery of the aircraft.

This article was originally published by YYZlaw on June 22, 2018.