Join our distinguished panelists as the discuss lending activity in 2020, aircraft transactions and overall value of aircraft.  Learn more about current inventories and how that will affect values and sales going forward.

We will also give a review of aircraft demand in Q4 2020 vs that of 2019 and how this cycle was different from the economic downturn of 2008.    As we look to 2021 and beyond, our panelists will discuss  the current mood of the market and how they think OEMs will handle manufacturing going forward.

This can't miss webinar is designed to give you the knowledge and information you need to successfully manage your business transactions for the years to come.

Nel Stubbs, Vice President of Conklin & de Decker, a JSSI Company - Nel has been in the business aviation industry for more than 30 years and has consulted with numerous Fortune 500 companies and high-net-worth individuals on aviation tax-related matters at both the federal and state levels. Nel is considered one of the foremost tax experts in the industry and has extensive experience in the areas of tax planning, cost and financial analysis, budgeting, aircraft ownership and operating structures and tax audits.

Over the course of the last 33 years, Nel has worked with the Internal Revenue Service and various state departments of revenue and taxation regarding tax issues associated with general aviation aircraft. She is also an active participant in industry-related tax activities, a frequent speaker at seminars and industry forums, and has been widely published in the aviation trade press.

With 35+ years in the aviation industry, Rollie has served as a trusted independent consultant and in various roles in strategy, marketing, business development, aviation economics and statistics. Identifying a need for enhanced insights into the state of the business aviation marketplace, RVA partnered with JETNET in 2010 to create JETNET iQ, a respected source of independent market intelligence.

Tony is a published author and active industry association member, serving as the current Board Secretary for the National Aircraft Finance Association (NAFA), past Chairman of the Products and Services Member Council for the International Aircraft Dealers Association (IADA), and as a Member of the Transportation Research Board’s (TRB) Business Aviation Subcommittee.

Greg Duckson, President and Chief Operating Officer of General Aviation Services - Greg graduated from Augsburg College in Minneapolis, Minnesota with a Bachelor of Arts degree in business and economics. Coming from an aviation oriented family, he was exposed to the industry at an early age. While working with his father and brother in Minneapolis, he learned the business, built his client base and honed his sales skills.

Greg is the third President in the 49 year history of General Aviation Services. He joined the company in 1992 as a member of the sales staff and was subsequently appointed to General Manager in 1997. A promotion to Vice President followed in 1999, and in September of 2001, he was named to his current position.

Don Spieth, Vice President of Sales and Analytics at General Aviation Services - As a certified Black Belt in Six sigma, he attributes data analysis and the use of analytics to his success in commercial roles over his 25-year career. Don has had the privilege of contributing to leadership teams at premier companies including AlstomGrid, Van Buren Advisors, and General Electric.

In his ten plus years at the General Electric Company, Don held senior leadership positions in Energy Services, Power Generation, and Corporate Communications. Prior to joining GE, Don was VP of Sales and Marketing for Programma Electric in North America.

Andrew joined AMSTAT in 1994 and since 2013 has served as the General Manager for the AMSTAT market research business, which includes Aircraft Shopper Online (aso.com).  He previously held positions as the AMSTAT Sales Manager and the AMSTAT & ASO Director of Sales and Customer Service.  In these roles, Andrew has been involved with or led teams in the creation of the market leading AMSTAT Premier, AMSTAT for Salesforce, AMSTAT Aircraft Valuation Tool and Data Licensing services.

Andrew is an active member of the business aviation community having served on the board of directors for the National Aircraft Finance Association (NAFA), as Education Chair for the National Aircraft Resale Association (NARA, now IADA), as a HAI Finance and Leasing Committee member and most recently as the IADA Products and Services Member Advisory Council 1st Vice Chairman. 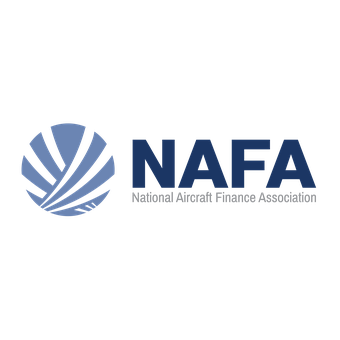