NAFA may have celebrated 50 years in 2021, but a postponed conference makes this is only our 49th Annual Conference.

We are happy to host our event online this year, and are thrilled to cover important topics regarding the economy, the state of the aviation industry, the future of aviation, and closing with a Q&A Session (time permitting).

Join us for this 2 hour virtual event that will discuss topics relevant not just to your business, but to the aviation community as a whole. 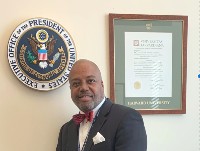 Dr. LaVaughn Henry is a Policy Analyst with the Federal Deposit Insurance Corporation (FDIC).  In this role he assists in the interpretation, analysis, proposal and drafting of policy guidelines, existing and proposed statutes and regulations, and studies, including the Federal Deposit Insurance Act, FDIC rules and regulations, the National Bank Act, and other relevant depository institution law.

From 2019-2020, Dr. Henry served on detail from the FDIC as a Sr. Economist on the Council of Economic Advisers (CEA) in the Executive Office of the President in the White House.  As a member of the CEA he is responsible for analyzing economic issues related to banking, education, and housing policy.  Prior to joining the FDIC, from 2009 through 2016 he served as Vice President and Senior Regional Officer for the Cincinnati Branch Office of the Federal Reserve Bank of Cleveland.  As the leader of the branch, Dr. Henry was responsible for building and maintaining a strong presence and reputation for the Federal Reserve throughout the central and southern Ohio, and eastern Kentucky region.

While serving at the Federal Reserve, he delivered more than 350 speeches and presentations on the status and outlook of the nation’s economy, monetary policy, and the residential real estate market.  He also conducted research on various topics related to consumer finance, the housing market, and regional economics.  Upon leaving the Federal Reserve he received a formal Resolution of Recognition from the president of the Federal Reserve Bank of Cleveland and the Cincinnati Branch Board of Directors in recognition of his outstanding service in the role.  He also received a Proclamation from the Cincinnati Board of Realtors for similar accomplishments in the real estate community.  He previously was honored by the Kentucky Economics Association as the 2015 Kentucky Distinguished Economist of the Year.

Dr. Henry has diverse experience in both the private and public sectors.  Prior to joining the Fed, he previously served in senior economic advisory or communications roles at Fannie Mae, the Office of Federal Housing Enterprise Oversight, The PMI Group, Ford Motor Company, PricewaterhouseCoopers, and the Budget Committee of the U.S. House of Representatives.

Very active in the economic community, Dr. Henry currently serves as the Chairman of the Board for the  National Association for Business Economists (NABE) Foundation.  From 2013-2016 Dr. Henry served as a member of the Board of Directors for NABE.  In addition, he founded and served as president for the greater Cincinnati NABE chapter (2012-2015), and is a contributing economist to the NABE publication, Business Economics, and the Federal Reserve Bank of Cleveland.  He has appeared on Bloomberg TV, the Voice of America, and C-SPAN, and interviewed by multiple national publications including the Wall Street Journal, Forbes Magazine, and CNBC. In 2017 he was honored with the Adolph G. Abramson Scroll Award, conferred by the National Association for Business Economics for outstanding published research.

Demonstrating his strong commitment to higher education, Dr. Henry currently serves on Harvard University’s Graduate School of Arts and Sciences’ Alumni Council, and in 2018 served as a part-time Executive-in-Residence with the Tennessee State University’s Executive MBA program, and was a member of College of Business Economic and Finance Advisory Board.  He previously was appointed by the governor of Kentucky to serve on the Board of Regents for Kentucky State University (2011-2017), and served on the Economic Advisory Panel of Xavier University’s Williams School of Business (2010-2015).

Dr. Henry earned both his doctorate and master’s degrees in economics from Harvard University, and a bachelor’s degree from Rockhurst University, located in his hometown of Kansas City, Missouri. 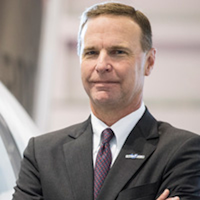 Ed Bolen became the President and CEO of the National Business Aviation Association (NBAA) in Washington, DC, on Sept. 7, 2004.

Prior to joining NBAA, Bolen was president and CEO of the General Aviation Manufacturers Association (GAMA) for eight years. Bolen joined GAMA in 1995 as senior vice president and general counsel. GAMA’s board of directors elected him president and CEO in November 1996.

In 2001, Bolen was nominated by President Bush to serve as a member of the Commission on the Future of the U.S. Aerospace Industry. Established by Congress, the commission’s objectives were to study and make recommendations on ways to ensure American leadership in aerospace in the 21st century.

Bolen was nominated by President Clinton and confirmed by the U.S. Senate to serve as a member of the Management Advisory Council (MAC) to the Federal Aviation Administration (FAA). He chaired the council from 2000 to 2004.

Bolen is a member of the board of directors of the National Aeronautic Association. He also serves on the Aviation Advisory Board of the MITRE Corporation, a federally funded research and development corporation.

Prior to his association career, Bolen was majority general counsel to what is now the Senate Committee on Health, Education, Labor and Pensions. He also served as legislative director for U.S. Senator Nancy Kassebaum (R-KS) and was a key player in the passage of the General Aviation Revitalization Act of 1994.

Bolen received his Bachelor of Arts in economics from the University of Kansas. He is a graduate of the Tulane University School of Law and holds a Master of Laws degree from Georgetown University Law Center.

Bolen, a recreational pilot, is also a competitive tennis player and former captain of the University of Kansas varsity tennis team. 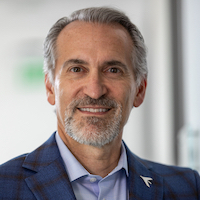 Prior to joining Embraer, Amalfitano served as Executive Vice

following a decade-long tenure in management at GE Capital.

Amalfitano is Vice Chairman of the General Aviation Manufacturers Association (GAMA) and currently serves on their Finance, Investment, and Strategic Committees, following his previous role as Chairman of the Communications Committee. He is actively engaged in the National Business Aviation Association (NBAA) as a member of their board of directors. He also serves as Vice Chair of their Advisory Council, as well as a member on their Audit Committee, Joint Task Force Committee, and Leadership Council. In addition, Amalfitano is the OEM President member of the board of directors of the International Aircraft Dealers Association (IADA), also serving on their Marketing Committee, and is an active member of the European Business Aviation Association (EBAA).

Amalfitano graduated with a B.A. in Economics and a Master’s in Financial Management from Fairfield University in Fairfield, Connecticut. He has written numerous articles for aviation industry publications and is an active speaker and panelist at business aviation seminars, forums, virtual podcasts & webinars, and thought leadership conferences throughout the industry. 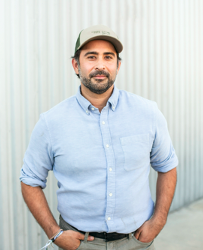 An aviator, entrepreneur, and investor, Cyrus Sigari has committed his life’s work to making flight more accessible for the betterment of humanity. Sigari is considered one of the world’s foremost experts on the rapidly advancing Advanced Air Mobility (AAM) and Electric Vertical Take Off and Landing (eVTOL) aircraft industries, which Morgan Stanley predicts will become a $1.4 trillion market by 2040.

Sigari is Co-founder and Managing Partner of UP.Partners, an early-stage venture firm investing in technology companies that are supporting a multi-dimensional future. He is an active investor and advisor to numerous AAM companies, co-founder of the UP Summits, and founder of TransportUP, the leading AAM related news and media company.

Sigari is also a global leader in the business of private aviation. As the Executive Chairman and co-founder of jetAVIVA, Sigari grew jetAVIVA to be one of the largest sellers of business jets in the world, with annual sales in excess of $300M USD.

Sigari has been flying for more than 27 years and piloting aircraft for thousands of hours. He is an instructor on 13 different airframes, including the Boeing 747. He has owned dozens of aircraft, is a helicopter pilot and owner, a graduate of Purdue University's Aerospace and Aeronautical Engineering program, an experienced acceptance test pilot, and formerly a nationally-ranked competitive aerobatic pilot.

Sigari is also an Ironman triathlete and self-admitted adventure junkie. 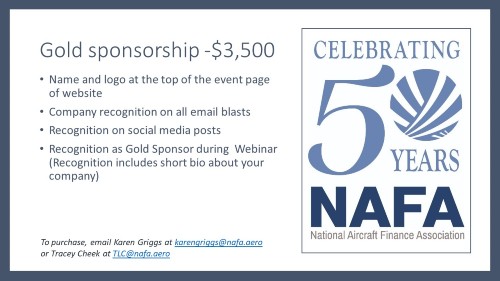 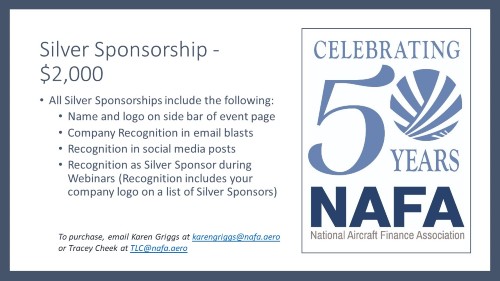 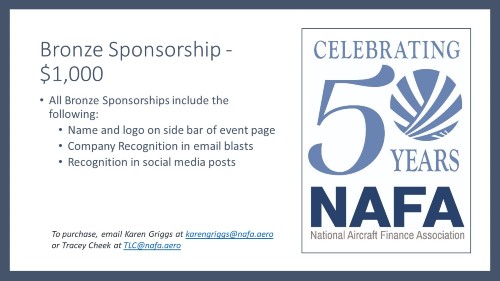 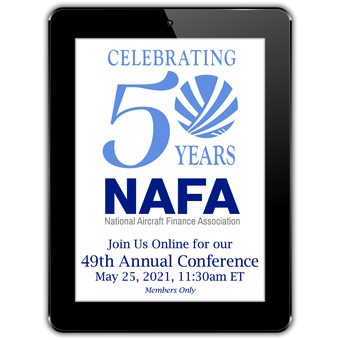 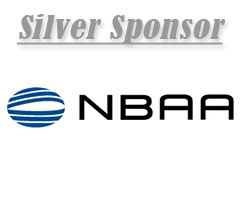 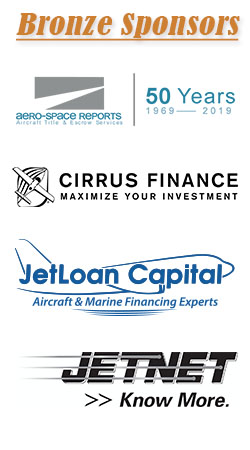